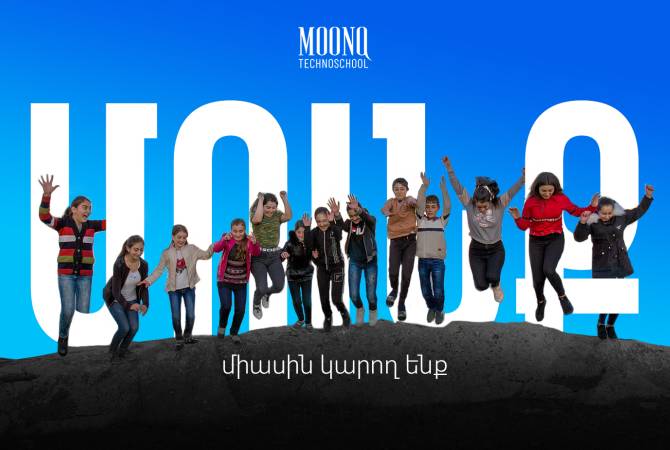 Technological development is the best way for the development of Artsakh: the Technoschool will be built in Martuni

YEREVAN, FEBRUARY 16, ARMENPRESS. The Martuni region of Artsakh will have a technoschool. The school will help the people of Artsakh to specialize in the field and the students to become competitive in the market.

Director of Education Fund “I” Ashot Avanesyan told ARMENPRESS that creating and exporting technological products is the best way for Artsakh’s security and economic development.

Mr. Avanesyan assures that technological education is a priority in Artsakh and that it is necessary to raise it to the international level. There is a desire to build the Moonk Technoschool, but its launch requires the active involvement of leading specialists in the field and the support of philanthropists who value education.

“We should establish the Moonk Technoschool under the “I” Education Fund. It will allow young people from the Martuni region to receive a contemporary technological education. It won’t be like regular public schools. Classes will be extracurricular,” he said.

After participating in the 2020 war, Avanesyan said he understands the urgency of strengthening communities. It has already been two years since the young people of Artsakh have been learning within the Fund, acquiring professional skills. The technoschool is the second stage of the program where students must acquire a concrete trade.

“The school will prepare modern competitive specialists in the region. It will solve an education problem, but the problem is solved for a concrete purpose – to provide employment. The first task in general was to show that all is not lost in Artsakh, that you can achieve success on your own through hard work, ability and self-development. Everyone should understand that they can,” he said, adding that MOONK will be the result of teamwork. “The name of the technoschool is also linked to its objective,” he added.

Presenting the advantages of the technoschool, the Director of the Fund said that young people will not leave their communities and that by staying in their villages, they will be able to find jobs in all regions of the world. If this school is created, the number of the 6 communities involved in the courses of the Fund will increase to 12. The implementation of the project will offer young people an opportunity for educational and personal development. The school will contribute to the development of communities and the creation of new jobs in the Martuni region.

Ashot Avanesyan also presented how the donations to be made for the school will be used. He said the program will be implemented in 3 stages.

Initially, the mobile laboratories will reveal the educational potential of young people through community visits. With this in mind, the renovation of the building will be carried out and the classrooms and laboratories will be equipped in accordance with international standards.

“The school is planned for 300 beneficiaries,” he said.

In a second step, the necessary equipment, computers, etc. will be acquired.

At the last stage, it is planned to recruit the necessary specialists and launch the technoschool, as well as to buy a minibus to transport students from the communities to the school. Administrative costs are also planned (invitation of specialists, salaries of animators, speakers, etc.).

“Many individual specialists have applied and are ready to join us, even to teach for free,” he said.

To date, nearly 28 million drams have been invested in the construction of the technoschool. But the goal is to increase these funds to 67 million 562 thousand drams.

The Ministry of Education of Artsakh will solve the problem of access to education in communities and ensure future specialists. ArtsakhEnergo CJSC also helped the program.

Avanesyan also informed that System Of A Down’s Serj Tankian urged his audience to donate to the technoschool.

Here is the link for those who wish to make donations for the school.