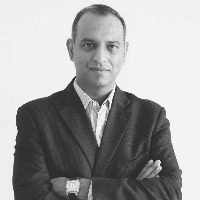 Technological advancements in recent years have dramatically transformed the way we think about connectivity. By extending the power of the Internet to its environment, the ease with which the Internet of Things (IoT) allows objects to transmit data over wireless networks, eliminating the need for human intervention, makes this technology extremely beneficial. in all sectors. Internet-connected sensors and smart technologies are already driving fundamental changes in our home environment as well as in major sectors ranging from agriculture, manufacturing, healthcare, supply chain and many more.

Today, Indian consumers from all demographic groups are increasingly accessing the benefits of connectivity in their daily lives, moving beyond smartphones and laptops to smart wristbands, smart TVs and thus integrating style smart life. As our devices become increasingly connected to engage with edge gateways and cloud platforms, IoT will also produce the fastest data streams through sensors and generate more data than any other technology. emerging. Even more exciting is the impact of 5G technology on the IoT today and in the future, especially in this context. Our connectivity capabilities will be greatly enhanced by the implementation of 5G technology. And its expansion over the next few years will not only bring about a wave of innovation, but also open doors to higher realms of user experience.

Realizing the promise of 5G in the IoT

A report from Zinnov, a global leader in management and strategy consulting, estimates that we will have almost 2 billion connected devices in India by the end of this year, indicating a tenfold increase in demand and acceptance growing IoT devices by the masses. As more and more devices become compatible with the network, one of the biggest impacts that 5G technology will have on the IoT will be the number of devices connected to the network. Although IoT devices can operate on today’s networks, they are not designed to carry and keep up with the huge load of large numbers of IoT devices.

But with 5G-powered connectivity, more devices can be supported across multiple verticals at the same time. Additionally, 5G technology can be a game-changer for devices that rely on the cloud and don’t run heavy processing. For example, smart vehicles or autonomous vehicles require information to be relayed to the cloud and receive responses at high speed. This can be executed more easily and accurately with the speeds offered by 5G.

Additionally, we can expect the following benefits of 5G technology to fuel the wide reach and usage of the IoT ecosystem in India:

As IoT devices become mainstream, consumers are looking for sophisticated technological lifestyle experiences that enhance their daily lives by offering greater personalization, innovative features, and real-time monitoring of usage. As users want to ensure their investments are future-proofed, 5G technology is increasingly becoming a preferred specification when making product decisions. And users are more than willing to migrate to the 5G-powered lifestyle, once they have access to it. Today, 5G-enabled smartphones are available in all price ranges, further lowering the barriers to entry for users.

Offering one of the fastest growing IoT ecosystems in the world along with digital-friendly policies by the government, India provides businesses with various support enablers, helping them to meet global demand beyond national borders. In the coming years, we will see IoT devices and embedded systems become more common in our daily lives as Industry 4.0 and home automation gain popularity. Creating an enabling environment for the growth of IoT in India will continue to play a crucial role, as the government’s “Make in India” and “Digital India” programs as well as initiatives such as the IoT Center of Excellence ( CoE) from NASSCOM, MeitY and ERNET pave the way for strong growth.

With these promising industry efforts, Indian consumers have a lot to look forward to.

DISCLAIMER: The opinions expressed are those of the author alone and ETTElecom.com does not necessarily endorse them. ETTelecom.com will not be responsible for any damage caused to any person/organization directly or indirectly.

2022-01-27
Previous Post: The BBC airs its first advert for the Winter Olympics, 3D printing technology is very present
Next Post: Ceremony to mark the construction of a new technology education center in the city of Milton Keynes